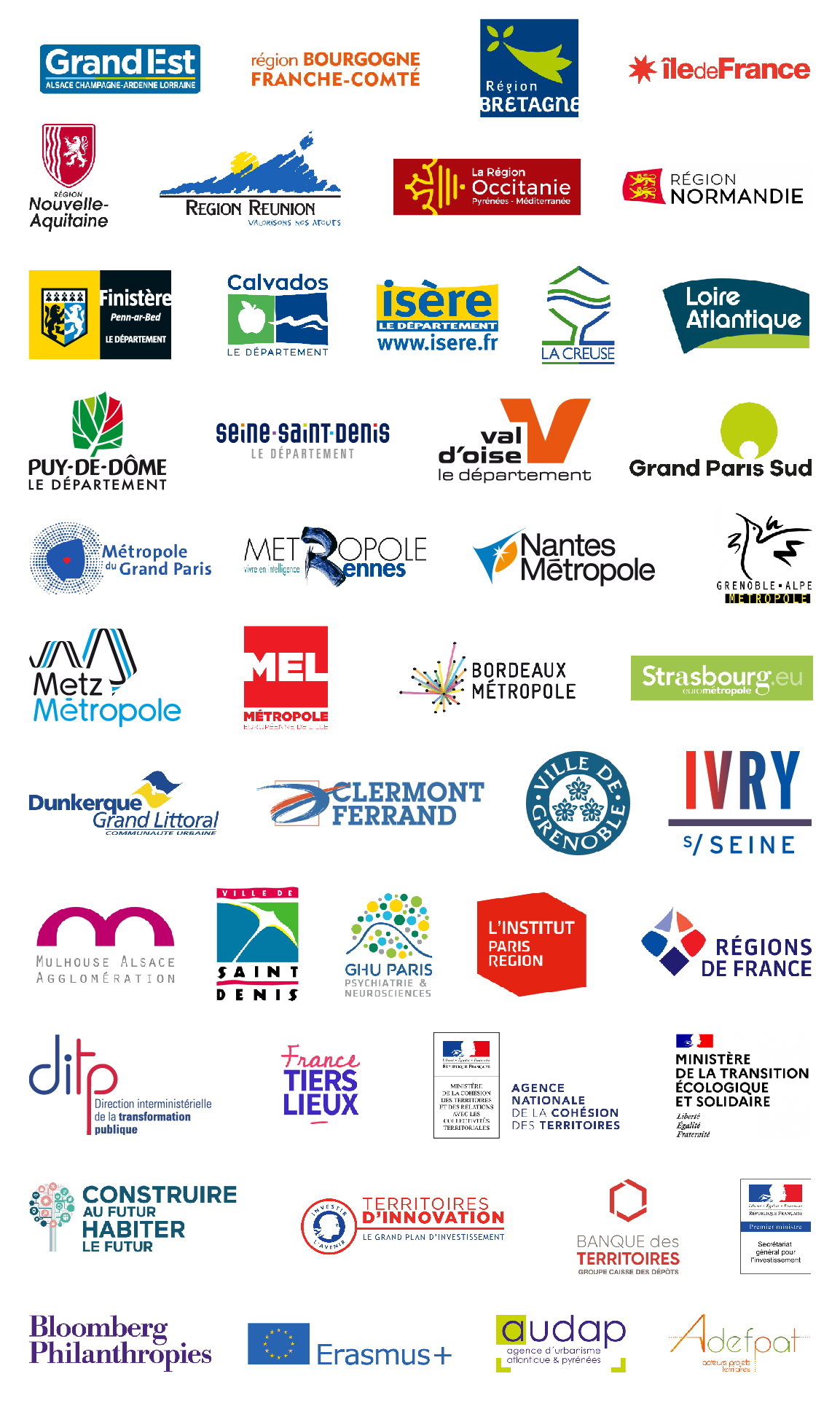 A world of Labs.

Thinking beyond modernization, and promoting systemic innovation within the State: this is the mandate of LabGob, the new structure initiated by the Chilean government (see this interview with Juan Felipe Lopez, its executive director). Inspired by the Danish MindLab, it’s a cross-disciplinary team whose goal is to « put citizen at the core of the Chilean government policies » by using human-centered and experimental methods. LabGob was one of the projects presented in London on July 9 and 10 as part of LabWorks, designed by Nesta as the largest gathering of public innovation labs in the world. Over 200 participants attended the first day, including forty initiatives taken by national or local governments, but also many public or private agencies such as the Nesta, investors -as Bloomberg Philanthropies, think-tank agencies such as Kennisland, researchers and students. The French projects included the SGMAP, la 27e Région and the County Council of Loire-Atlantique who presented their work. French attendees also included the research program’s team FIP-Explo, the French consulting agency CMI and a FabLab from Aix-en-Provence. The themes of the workshops and plenary sessions covered impact measurement,  partnership and the ecosystem of labs, the role of politics, comparison with the business world. There was also a 2-day « labs retreat » session with a group of 15 selected project -we were part of the coaching organization involved in this interesting session.

For sure, « labs » have joined the list of tech buzzwords with the same risk of solutionisme as SmartCities or Moocs. One can easily critic deterministic, techno-centric and depoliticized visions, so as the excessive ambitions of some arguments -from « eradicate malaria » to « eliminate extreme poverty », in choice. The ‘lab’ is a new business for consulting firms, government agencies, associations, think- and do-tanks around them. But we must look further. First, one is struck by the number, the diversity and to some extent the spontaneity of the initiatives: they emerge worldwide and without a clear political agenda, simultaneously within governments and large departments (Canada, US, Denmark, Great Britain, France, etc.), in large and medium cities (the city of Austin, US, or the City of Graz, Austria), in local communities (Loire-Atlantique in France). The initiatives come not only from the Anglo-Saxon world and Scandinavia but also South (Mexico City, Medeline, Cape Town). However, behind the facade it is difficult to grasp the cultural and political differences between liberal and social vision inspirations. For some, the main goal is to renovate the relationship with the citizen, while for others it is a priority to rethink the system from within.

Why such a movement, if so ? And what are the underlying motivations of the initiators of the labs ? The conference imperfectly answered to these questions. Is it the economic, democratic and social crisis that invites to rethink our institutions ? Is it a statement of exhaustion of conventional forms of intelligence, such as academic research, leading consulting firms and auditing, trade unions, think tanks, political parties? Is it the opportunity for governments and communities to re-internalize intelligence, like our municipalities re-integrate basic functions (water management, energy) formerly outsourced to external operators ? Is the digital tsunami, or the increased complexity of the major challenges that has highlighted the structural deficit of public R & D within our institutions ? Is it a failure or insufficiency of « new public management », performance-based and rational efficiency, and the revival of « experimental government » as suggested by Geoff Mulgan, head of Nesta? Through the conversations, the deep motivations are rarely explicit. Charles Leadbeater, essayist, does not really answer but he tries to provide some analysis : for him, some labs innovate to « limit the damage » in the ancient world, others already are clearing new models, others are in the  » wringer « (sic), this uncomfortable area at the intersection between the old and the new world, while others, more rare, have already reached a new level. « But all are useful and welcome, » says Leadbeater, « because they all contribute to the transformation of the system. » For some, labs carry in them a transformation of the public policy process (cf the Public policy crash test in Pays de la Loire). For others such as William D. Eggers (Deloitte US), their systemic virtues enable them to converge the efforts of public, private and civil society to address increasingly complex issues.

The process of creating labs.

How are they designed ? Many are inspired by existing experiences such as MindLab who generously and abundantly documentes his work -see eg the « MindLab journey« , 15 years of history as a poster presented at LabWorks. But most grope and learning process is still low. Almost all new projects come from an institutional request, with a strong political and media pressure. Most of them had no opportunity to start « under the radar », from early pre-testing. Some of them have a lack in innovation skills: there are still few designers and sociologists in the teams. In this context, what are the chances of survival of a lab ? the necessity of a « labs engineering » arises very clearly. But how? And where to start ? What target path, with what steps? What kind of governance, which funding and who decides what ? There are probably lessons to be learned from the successes and difficulties in programs such as Creative Councils (led by Nesta in the UK), La Transfo (France), or Iteams, the program focused the United States by the Bloomberg Foundation. The latter accompanied a first wave of four major US cities to help them develop their own « Innovation Team ». The Bloomberg Foundation has invested alongside the selected cities (about $ 1 million to finance the operation of each team during 3 years) and accompanied them through a four-step program. A new wave of 14 cities has recently been launched, involving cities like Austin and Syracuse. A systematic approach, which seems to accredit -as we think at la 27e Région- the idea that one does not « decreed » but « become » a lab ; rather it is to launch an experimental process in stages and gradually move from a series of « one shot » initiatives, to something more systemic and continuous.

One of the great ideas of Nesta was to gather in the same seminar the variety of disciplines that inspire « labs », through workshops and masterclasses dedicated to design (design service design thinking , social design), ethnographic approaches and observation, but also nudge techniques, behavioral economics and research in psychology, social experimentation (in English « Social randomized control »), and of course open data and all research around big data and predictive policies. For now, the feeling that prevails is that these disciplines still are in silos, ignore or distrust each other and show the muscles to pretend that they « perform » more than the others. The techno-centered experts consider that the socio-centered experts are too soft, while the latter accuse the early of a lack of reflexivity, exaggerated fascination towards the uber-ization of society. But obviously bridges exist. Samir Doshi, which advises the Lab of the American agency US AID, is one of the authors of « Principles for digital development« , which precisely seeks to make the link between sustainability and open data. And as suggested by Giulio Quaggiotto of Nesta, the future is probably the link between qualitative approaches (ethno side) and more quantifiable approaches (the data approach). Giulio cites the work of Premise that is committed to drastically reduce the time normally used by official statistical agencies to collect data in the villages of Brazil. No doubt that in the future the « labs » will work with a multidisciplinary approach if they aspire to treat systemic issues.

But the controversy exists, especially when it comes to ask whether it is the arts or the sciences that will help to transform the public sector -a debate that pitted Christian Bason, new head of the Danish Design Centre and David Halpern, Chief of Behavioral Insights Teams at British Prime Minister and strong proponent of behavioral methods and social experimentation. For Bason, « in 8 years of management consulting with Ramboll, I had never seen a relative change in people’s lives. With design, i did. « . For him, it is especially the leadership on which we must work, create curiosity among the leaders, bring them strong insights. The design suggests what does not yet exist. To the question « What is the future state? « The design may build scenarios, when scientific data can not. Of course, in the end everyone agrees that we got to combine both. But all the science in the world will fail to grasp the human complexity …

Main labs present at LabWorks : New Zeland : Auckland Co-Design Lab ; from France, le SGMAP, le i-Lab du Départment de Loire Atlantique; the MBR Centre for Government Innovation in UAE (Dubai, Emirates Arabes) ; in UK, the Northern Ireland Executive Innovation Lab, the UK Policy Lab, BIT and the UKTI Ideas Lab; in Austria, CityLab Graz; GobLab from Chile ; PS 21 from Singapor ; in Canada,  Alberta Co-Lab and the innovate lab of the City of Guelph; in Holland, Future Centre De Werf; from USA, i-teams in Jersey City, Memphis, Syracuse and Boston (New Urban Mechanics), the Center for Economic Opportunity in New York and at federal level, the Office of Personnel Management and the Dept of Labour; from Georgia the Innovative Service Lab; MindLab in Danemark; in Israel the Innovation Lab of the Ministry of Environmental Protection the i-teams of the cities ofJerusalem and Tel Aviv; The Seoul Innovation Bureau from South Corea ; the UNDP’s Kolba Lab en Arménie ; in Brazil, the Centre for Research and Innovation in the Supreme Audit Office and the i-Lab of the City of Sao Paulo; in Mexico, Mexico Abierto and the Laboratorio para la Ciudad; ANSPE from Colombia; Pemandu in Malaisia ; the Centre for Public Service Innovation in South Africas and supranational institutions – the UNDP Global Public Service Excellence Centre, the OECD’s Observatory for Public Sector Innovation and the EU’s Foresight and Behavioural Insights Unit. See the map by Nesta : http://www.nesta.org.uk/blog/world-labs#sthash.ZRrT1I4n.dpuf